Philip C. Curtis: The New Deal and American Regionalism explores the story of one of Arizona’s most historically-significant artists from a fresh point of view, placing the beloved painter’s works within the context of the Great Depression decade of the mid-1930s through World War II. END_OF_DOCUMENT_TOKEN_TO_BE_REPLACED 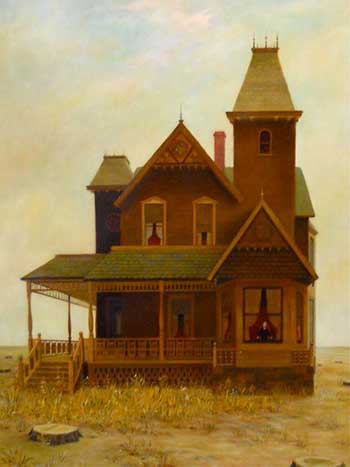 This painting called Grandfather’s House (on view at the Phoenix Art Museum) was indeed Phil’s grandfather’s house. The house in the painting however is not in Jackson, Michigan but in an arid wasteland of sorts. Old fashioned buildings and architecture looms large in Curtis paintings. END_OF_DOCUMENT_TOKEN_TO_BE_REPLACED 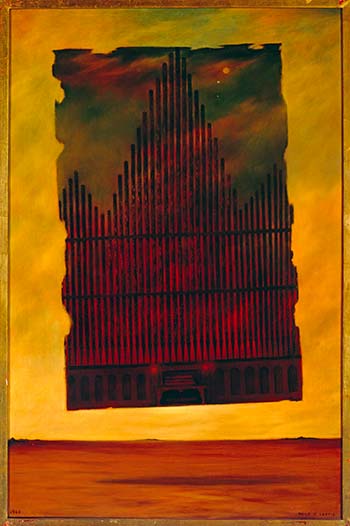 Curtis wrote “I remember going with my mother often while she practiced the organ. When she played Bach I had the feeling the church might be shattered. This organ was a real pipe organ and the largest I’d ever been close to. I later never could understand how she could play that so easily and never was able to drive a car.” END_OF_DOCUMENT_TOKEN_TO_BE_REPLACED